Where the rubber meets the road.

“The most important point for something, the moment of truth. An athlete can train all day, but the race is where the rubber meets the road and they’ll know how good they really are.”-UsingEnglish.com

On average, according to all those studies the universities put on, women talk an average of 20,000 words a day…and men roughly 7,000. Before getting into this post I just have to say it: is it possible that us girls say 13,000 more words than guys a day?!?! (I’m kinda shy though…so maybe this is why this number gap is hard for me to fathom.) My basic point of these statistics is to simply point out: we talk an awfully lot.

As I was thinking about where the rubber meets the road kind of moments, I kept thinking about all of the hopes, dreams, ambitions I’ve shared with people. I’m gonna get my master’s degree…I’m gonna write a book…I’m gonna travel hear or there…etc. But it’s not just the big dreams or plans…it’s the little ones too: I’m gonna try a new look, I’m gonna loose weight, I’m gonna help out some good cause, I’m gonna call so-and-so because I haven’t talked to them in forever, I’m gonna fix up the mustang, I’m gonna talk to the cute guy that sits across from me on the subway, I’m gonna start running every morning…IT COULD BE ANYTHING. Anything you think you could, should, or might just want to try doing.

But realistically, how many of us actually get around to doing these things? How many of us just end up talking about doing them instead?

Where the rubber meets the road. The moment of truth.

NEVERUNDERESTIMATE the power of action.

Action is what turns words into reality.

Actions will get you where you want to be.

Actions will make you a better person.

Actions will help you find the right person.

Actions will help you write your book.

Actions will help you get into a new career.

Actions will help you get healthy.

Actions are what dreams are made of.

Don’t just talk about what you are going to do. Do it.

Let’s not be people with hopes and dreams and well…people who just end up with hopes that never happened or dreams that never came true. Let’s stop talking and get to work. Let’s put some action behind our words. Let’s accomplish things, let’s be someone who did something about their hopes and dreams….and all the little things.

Whatever that thing is that you’ve been talking about doing…just DO IT (stealing from Nike, I know).

Things happen when you are persistent.

I was reading success stories this weekend, in particular author success stories..the stories of those lucky souls who have gotten their books published. To tell the truth at first I was discouraged. It seemed like the book publishing dream was all up to chance…a 1 in a 1,000,000 shot. Then I saw the light…the key…the common link. The people who have gotten their book published wrote, rewrote, sent in submissions, got rejected ….over and over again. But they never gave up. They were persistent and it paid off.

Persistence is hard because it means facing failure …it means being patient …it means knowing results may not come right away…it means work. Three years ago I lost 30 pounds–thirty pounds I had been trying to lose for years. What changed is I realized the workouts..the healthy eating had to be day in..day out…for many many days. Change wasn’t going to happen unless I determined each day to work out and to eat right. What is crazy after a few weeks, eating healthy got easier…and easier…now it’s habit. (But I still enjoy cheese covered fries every now and then…gotta live a little! =) )

The BEST things in life usually don’t happen overnight. They are grown, cultivated, worked for. It has been said that the harder the work, the sweeter the victory. Some of the people I admire the most are people who don’t give up easily…who are persistent. Being persistent can change your body, your job, your relationships…and your life.

The young boy, Han Velsing, stood frozen in fear. The snow covered world around him suddenly filled with an unholy presence. He felt his eyes burn from the evil that permeated the air. He knew what was coming. He heard the thrust of powerful wings bat the air and then the crunch of snow when it landed. Sweat began to trickle down Han’s forehead even though it was bitterly cold. His predator stood towering in front of him. The Vampire’s skin was white as a porcelain picture. His cheeks were sucked in and hollow. He smiled wickedly, showing off his sharp teeth. Han dashed away knowing it was pointless. In seconds the vampire thrust Han brutally into the snow. Han’s trembling fingers gripped the item in his pocket. It was something his Mother always told him to carry with him for good luck. As the Vampire’s fangs lunged towards him, Han screamed and shoved the pungent “good luck” charm in the beast’s face. The Vampire screamed like a mountain lion and his body began to convulse violently. He thrashed and jerked and then was still. Han had killed the monster. Amazed, Han stared at the object that saved his life….a clove of garlic.

This bulb which is  bursting with flavor, is probably one of the most used

spices around the world…or at least in my kitchen. I am a garlic fanatic!It is one of those staple ingredients that is a MUST in every kitchen and for every cook. Just take one whiff of a garlic bulb and you will know that it is a strong cooking ingredient when used raw, however when you cook it the garlic sweetens.

Garlic has been used by people all over the world for ages. Not just centuries; we’re talking THOUSANDS of years.  The exact time garlic was cultivated isn’t certain, but it was grown in Mesopotamia around 3000 B.C. Culturally, garlic has been a prized spice.

In Egypt,  “Garlic bulbs were fed to the Egyptians who built the pyramids

and were placed in Tutankhamen tomb.” -from Spice Islands Website.

In the works of Hippocrates, Pliny the Elder, the Bible, Homer and several other famous historic documents have noted garlic in their writings used as medication.

Garlic was given to the ancient Greek athletes when they were competing in the Olympics.

Garlic was believed by many cultures to increase strength and endurance.

In many countries, garlic was a staple food for soldiers.

Henry IV of France was baptized in water with cloves of garlic.

Garlic was hung on door posts and around necks to ward off evil spirits. In Europe it was believed it would ward off werewolves , demons and evil spirits, The Plague, and rabid animals (probably how the werewolf legend was born).

According to a Korean legend garlic was considered to be sacred food.

China is the largest producer of garlic…23 billion pounds are grown annually. WOW!

Garlic is full of vitamin C and research shows it is a cholesterol fighter, cancer fighter, fights infections and has anti-aging properties.

It has been referred to as “The Stinking Rose”.

Different cultures all over the world seemed to believe that garlic was good for pulmonary disorders and respiratory disorders as well as being beneficial to the cardiovascular system.

The only thing I don’t quite enjoy about garlic is the way it makes your hands and breathe REEK. There have been times when I have chopped garlic and scrubbed my hands 10 times and still the smell remains. And when it’s in my mouth? No toothpaste, no mouthwash, no liquid can seem to rid that horrid smell. During my garlic research I found that parsley is something that will kill garlic breath. I haven’t tried it but I will! One thing I have tried is swishing my mouth out with organic, unrefined coconut oil; it seems to get rid of the smell/flavor for the most part.

Garlic is really good for you and it is so easy to add this ancient ingredient to practically all of your cooking. Sprinkle garlic into your pasta, dice it and add it to vegetables, put it in your marinades (always turns out good), make homemade ranch dressing (That’s what I do! you need 1 clove of garlic, lots of dill, chives, cream cheese, mayonnaise, sour cream, a little bit of milk 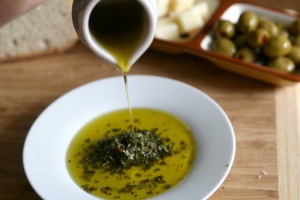 This stuff is from heaven!

and salt and pepper. Toss is a blender and walla! Ranch Dressing goodness!). Use in olive oil with Parmesan and Italian Spices for bread dipping oil.  Basically, garlic is what’s for dinner!

Are there any special ways you use garlic?

The American Society for Nutritional Sciences, “Historical Perspective on the Use of Garlic”; Wikipedia; Spice Islands; Dr. Christopher’s Herbal Legacy.

One thing that has really taken over our country is over eating. Gaining weight doesn’t just leap on us, it creeps up on us. Its the extra donut here and the few extra chips there that turns into six donuts and an entire bag of chips! Before we know it we shun bikinis and begin buying sweatpants. Inside we are feeling less confident and that triggers us to eat even more! Its a vicious cycle; but it can be stopped. Here are a few tips that helped me loose weight.

I hope this blog has been helpful! I lost weight and you can too! Loosing weight won’t be easy…at first; ask God for His help, He will help you!When you get into a habit of making good choices you will find it easier, feeling more energized, looking at that bikini and thinking about wearing it (unless you are a dude =) ) and being more confident. If anyone has any other tips or success stories or frustrations comment!